Home Pleasures Appetite I Asked The Most Popular Girl In NYC To Makeover My Online...


Lauren Urasek is popular and offered to give me an online dating profile makeover. She’s so popular, she wrote the book on it, aptly titled, Popular: The Ups and Downs of Online Dating from the Most Popular Girl in New York City.

Urasek (pictured with me on the left) was named one of the four most desired people in New York by New York Magazine‘s style blog, The Cut, with good reason.

Yes, Urasek is pretty, sweet, smart, and fun, so there’s plenty to see in her, but there’s also real data behind her title.

Urasek has more than 15,000 four- and five-star ratings on various dating apps, receives an average of 35 messages per day, and has had hundreds of thousands of people view her online dating profiles.

I may have received 35 messages in the totality of my online dating experience, which thus far has lasted for about six years. (I’m kidding. It’s been almost seven.)

In addition to being an author, Urasek is also a talented makeup artist. So when she offered me a makeover to see if it would help my online dating stock rise, I said, why not? I have quite literally nothing to lose.

Since I appear on television fairly regularly, I’m no stranger to wearing lots of makeup. In fact, getting my hair and makeup done is my favorite part of being on TV.

It’s fun to watch my face transform from this: 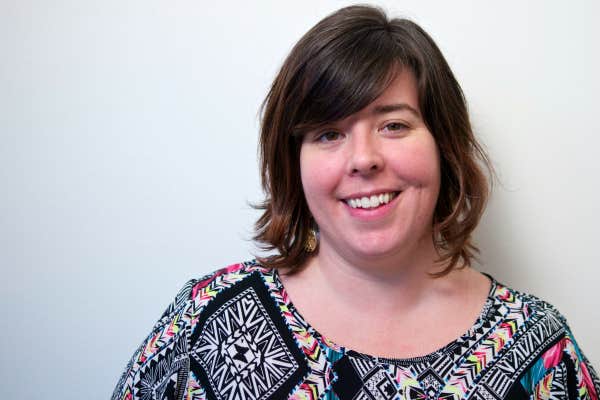 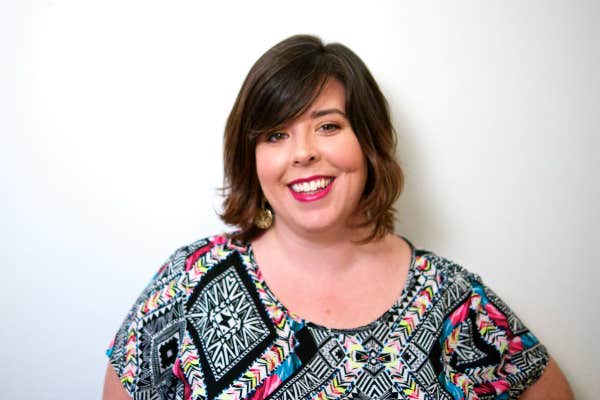 But let’s not forget all the work that goes on in-between, hmm? It takes a village… made of concealer, foundation, powder, and blush. 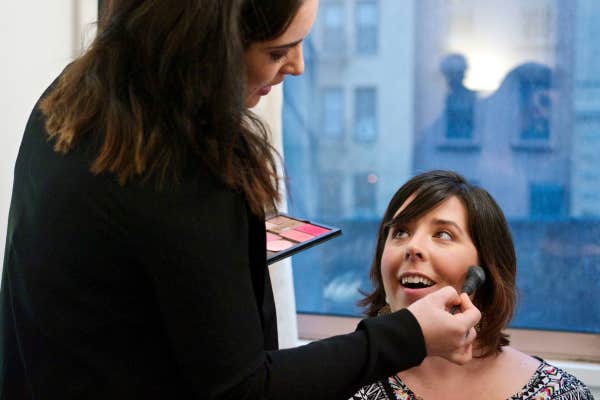 While Lauren did my makeup, she chatted to me about how, in spite of all the attention she gets from potential suitors, she likes being single. I like being single, too. 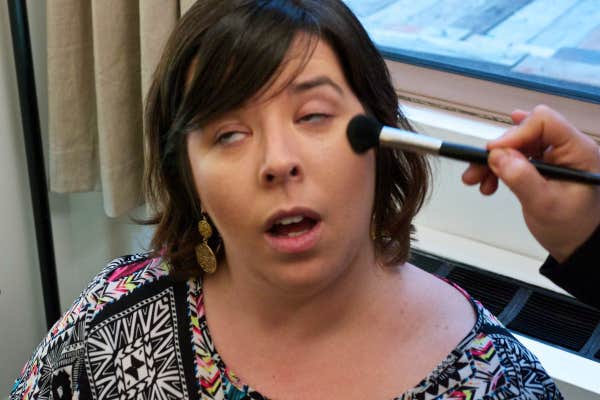 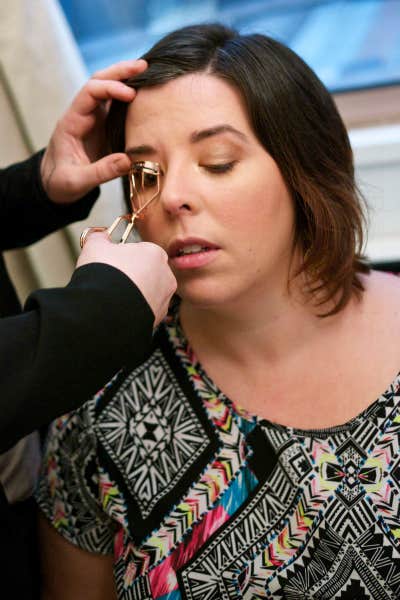 Then, voila! All set. I look like I can be as popular as Lauren, right? Wrong. 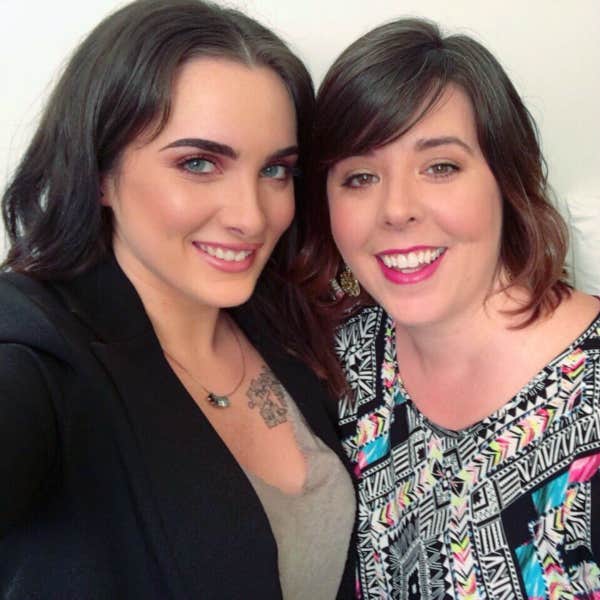 I uploaded a couple of photos of me in this makeup to various dating apps I use, including Tinder and another app I was trying called The Grade. The Grade’s photo rating system is supposed to tell you how effective your pictures are in getting people interested in you.

Because The Grade, like Tinder, is connected to Facebook, the photo I was using as my Facebook profile — not the photo with makeup done by Lauren — automatically populated as my first profile picture on The Grade. That photo didn’t do so well. 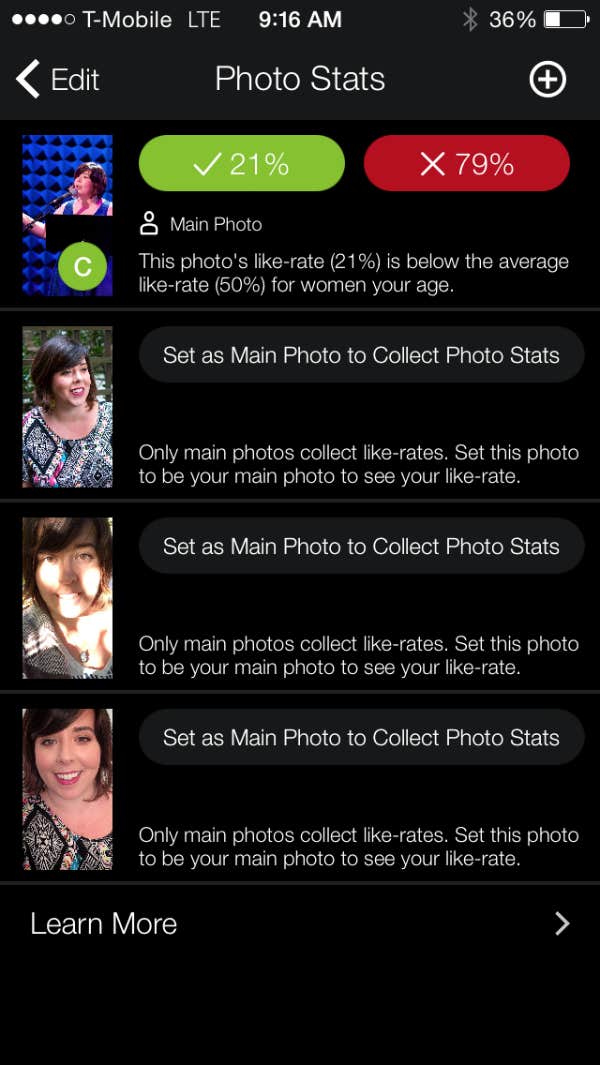 Twenty-one percent likes? What a loser!

Maybe if I uploaded a photo of me in my fancy makeup, taken from a side angle to make me look really feminine, I’d score better.

RELATED: People Who Use These Words On Their Dating App Profiles Are The Most Likely To Get Swiped Right

I read somewhere that people like it when you’re not looking directly at the camera lens, because most people are weird (or something like that — the research may have been more technical), so I thought this picture might be a hit: 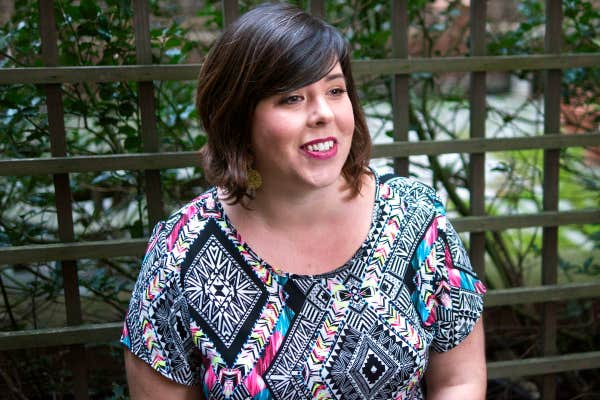 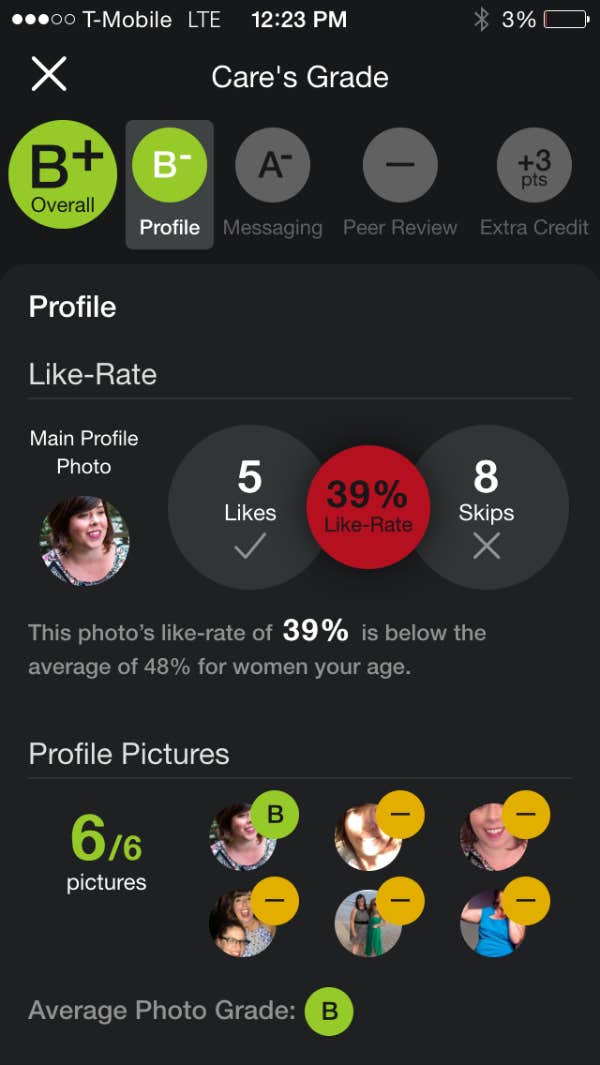 As you can see, it got a 39 percent like rate. But still below average, even for women my age. Considering that I’m 87 years old, that’s not so bad.

But what about a more naturally posed photo with the same makeup? Would that make me loved by all the boys on The Grade? 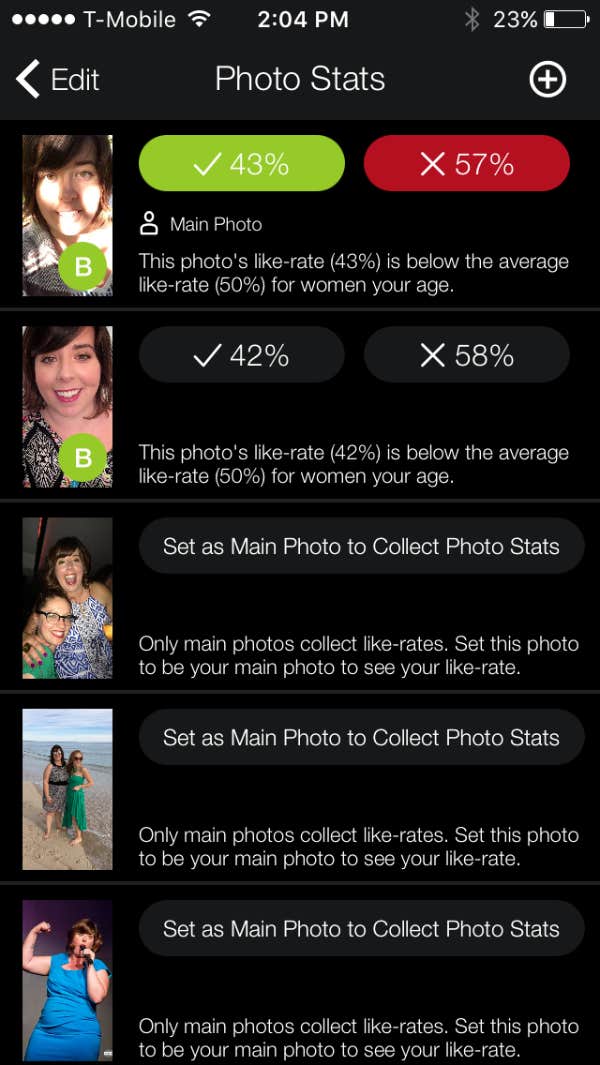 The naturally posed photo with the same makeup got a 42 percent like rate (second photo from top, above), which is an improvement. But you’ll notice that a photo of me wearing no makeup at all (first photo, above), posing outdoors in the sun like the hippie I am, got a 43 percent like rate.

Either way, according to The Grade, I’m a failure. But it’s nice to know that I fail best when I’m just being myself.

It’s worth noting that the above bare-faced photo, as well as other photos of me without makeup, have worked pretty well for me on Tinder, where I sometimes match with nice, fun guys who don’t just swipe right on everyone and then unmatch you immediately after you write to them thinking you’ve finally met your one true love… not that that’s ever happened to me, because I’m really cool and also very hot for a woman my age (103 years young!).

This brings me to a larger point about online dating, though, and that is that you have to know your audience and be on the right app or site for you.

Given that the men on The Grade are mostly Wall Street-type white dudes, I bet even a naked photo of me in perfect lighting photoshopped at my best angle would barely crack a 50 percent approval rating.

Consider this: the most popular woman in 2016 on The Grade is, as of this writing and per their Leaderboard (yes, The Grade ranks its users, too, because like everything in America, love is a competition, y’all!): 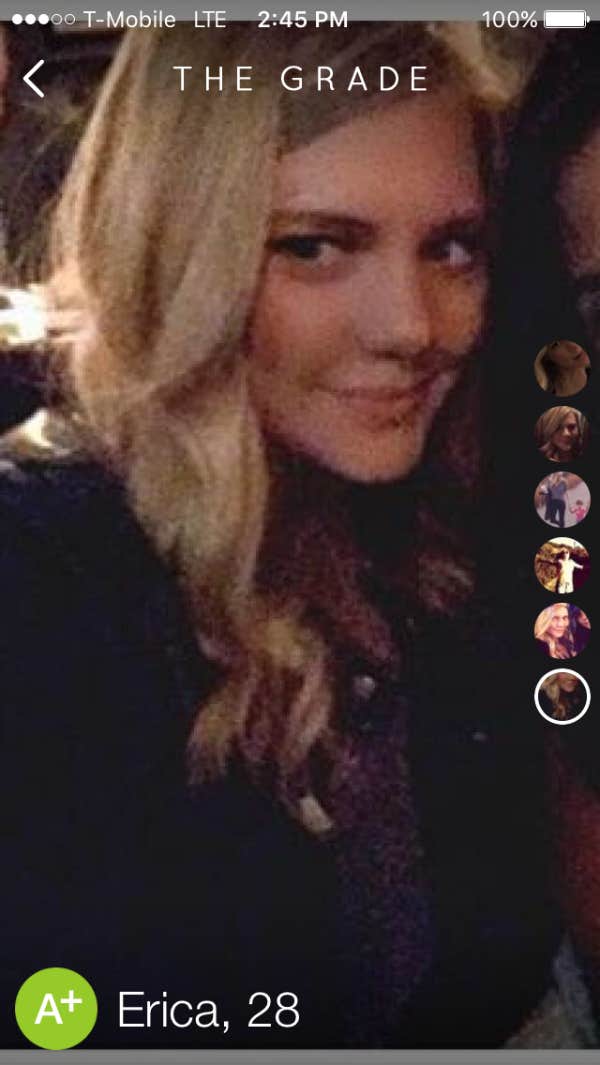 A grainy picture of Erica, age 28, who’s blonde and averting her gaze from the camera.

I, on the other hand, prefer holding a mic and posing like Rosie the Riveter. So maybe it’s time for me to finally try that feminist dating app, Bumble? Or lesbianism. Whichever one will result in me getting the most swipes.

RELATED: How To Write A Dating Profile & Meet A Quality Guy — Without Unnecessary Anxiety

Editor’s Note: This article was originally posted in January 2016 and was updated with the latest information.

Let’s make this a regular thing!

What It Is, Why Men Get Morning Erections & 24 Hard Secrets

‘Menopause made sex with my handsome husband excruciatingly painful’