One of the most common questions men and women ask is about when to become exclusive — i.e., officially becoming known as “boyfriend and girlfriend.”

How long is “normal” to date before it’s safe to call yourself boyfriend and girlfriend?

Of course, we all approach the meaning of exclusivity and commitment differently, and in order to know the status of your own relationship, you have to look to the person you’re dating, not to Google.

RELATED: There Are 5 Stages Of Love & Intimacy In Relationships — Here’s How To Know Which You’re In

Men and women both get nervous when entering new romantic relationships, and there’s nothing more frightening than putting yourself out there by asking a question, especially when you know there’s a chance you might not like what you hear.

Having the big “DTR” conversation — the one you have when you define the relationship — is something women think about all the time. But could the transition from dating to becoming boyfriend and girlfriend be too soon?

Is it too soon to be boyfriend and girlfriend?

Well, it depends on how often you spend time together and how well you match. If you haven’t know each other very long, consider taking your time getting to know one another rather than jumping in head-first. In this way, you’ll at least know your potential partner on a deeper level. 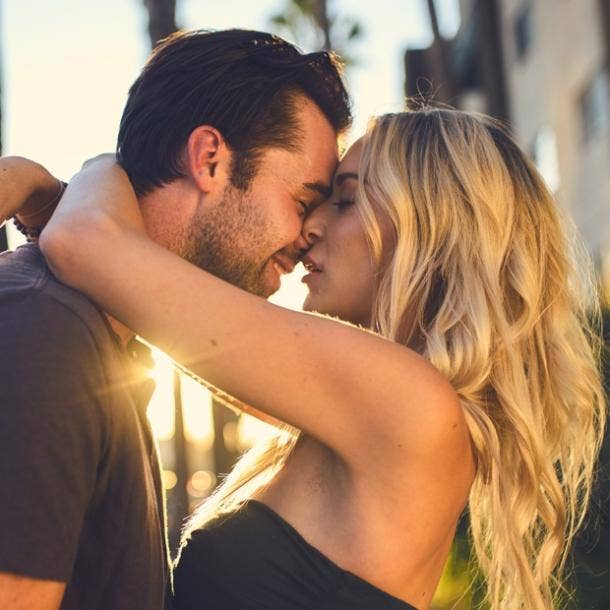 “The real key is being present,” suggests clairvoyant healer and teacher Elizabeth Hunter Diamond. “Being present means enjoying spending time with your new friend, and allowing the connection to deepen without anticipating or expecting what might come next.”

“When you’re present, you’re not rushed to make a decision. You can let the relationship blossom in its own organic timing. The more present you are, the more you’re in touch with your truth about when to take it to the next level.”

The transition to boyfriend and girlfriend changes your relationship.

You should know that things will change in the relationship. Once you’ve decided to take that step, whether it’s immediately when you begin to first see each other or are somewhere in between friends and romance, things are progressing and you should never go backwards.

What does being boyfriend and girlfriend look like? Psychologist Lorell Frysh points out that you first need to know if you’re ready.

It might make you feel slightly better to know that women aren’t the only ones who feel baffled about the right time to make things official. Men get weirded out by the whole ordeal, too!

This led to one user on Reddit asking the question: “Something I never understood, how long do couples normally wait before being exclusive/labeling the relationship?”

RELATED: 225 Questions To Ask Your Boyfriend

Here’s what 15 men think about how long to date before becoming boyfriend and girlfriend:

1. Only become exclusive when it stops feeling corny.

“My wife still gives me [a tough time] about how, back when we were dating, we’d been dating for like two months and finally she was like, ‘So are we boyfriend and girlfriend or what?’ I wasn’t super experienced at dating, but even then asking her, ‘Do you want to be my girlfriend?’ I felt really dumb and corny.

I just assumed once a person was outside of high school that people just assumed these titles once they’d been together a certain amount of time.”

“If you ask me and my wife, when our relationship started, you’ll get July from me and December from her! I just thought it was on when we saw each other every day and stuff.”

“[When] we were at a point where we were hanging out literally every day when we weren’t working.” 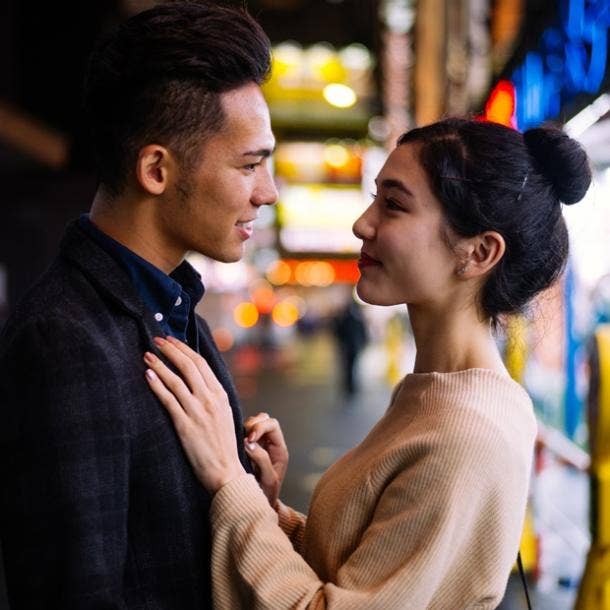 4. Exclusivity is just a myth.

“This whole idea of ‘when to be exclusive’ is made up by the people going to college thinking that [dating] multiple people at once is somehow equated to being an adult.”

5. When you’ve discussed it and decided together, make the jump.

“Date as many people as you want, and if that number is one, that’s absolutely fine, but it’s also not fair to expect the same from the other person until you’ve had a conversation about it.”

6. Become exclusive right from the start.

“I would never start a relationship with someone who was still dating other people. Tells me right away that you’re not really interested, I’m just entertainment until something better comes along.”

“I think it really depends on the person! Every time I’ve ever dated anyone that I’ve liked, I’ve pretty much lost interest in talking to anyone else, even if we hadn’t officially labeled ourselves ‘exclusive’.”

8. If it suits your personal style, go for it.

“Everyone has their own style of dating. Personally, although I dated quite a few people when I was single, I always made sure to end things with one person before dating the next, or would make sure my partners were aware of our non-exclusivity/exclusivity status before I went on dates with other people or had one-night stands.

Dating is strange, and I don’t understand why you would not talk about your dating preferences right from the start. I always did, although my friends said it was weird to state it so quickly.”

RELATED: 5 Reasons Why Defining Relationship Expectations Sets Couples Up For Success In Love

9. Make sure you’re both on the same page.

“I really think the best answer is that you have to feel out the situation and that there is no right answer that will hold for all situations. Third date generally may be too early, but if your relationship seems to be progressing to that point, the only thing to do is have a conversation.

Three dates, five dates, five months — you just have to have the conversation with your partner and be on the same page.” 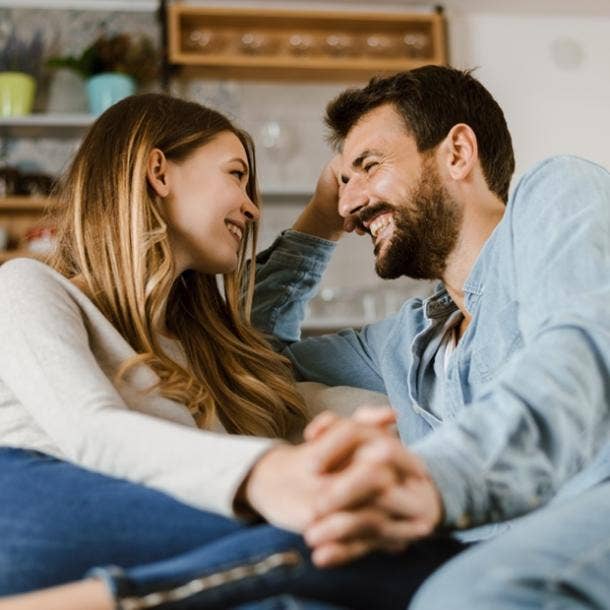 10. Once you’ve gotten to know them, it’s the perfect time.

“I’d say anything after a month of dating is realistic to me. I’d say whenever you’re sleeping together, it’s reasonable to lock down as an exclusive thing.”

11. Wait until you have a shared routine.

“If you’re seeing them regularly, you might want to make it exclusive.”

12. Take the next step when you’re seriously digging each other.

“Met my girl last Monday for the first time, and by our fourth date on Thursday we agreed to be exclusive. Honestly this is weird for me as it took a month and like six or seven dates with my first GF to be official. Honestly just enjoying it so much, as the early dating period was so stressful and we pretty much just skipped that.”

13. When you can’t bear the thought of losing her, make it official.

“When I was just starting to see my girlfriend I was also sorta seeing two other women. Nothing really physical, just testing the waters and wanting to find the right person. It got to a point where I knew I wanted to be with her and not the others. Also I didn’t want any other guys swooping in to try to take over.

So I just one day made my intentions clear. I forget what I said, something corny or stupid like, ‘So do you want to be my girlfriend because I’d like to be your boyfriend.’ Yeah I cringed, but it worked out.” 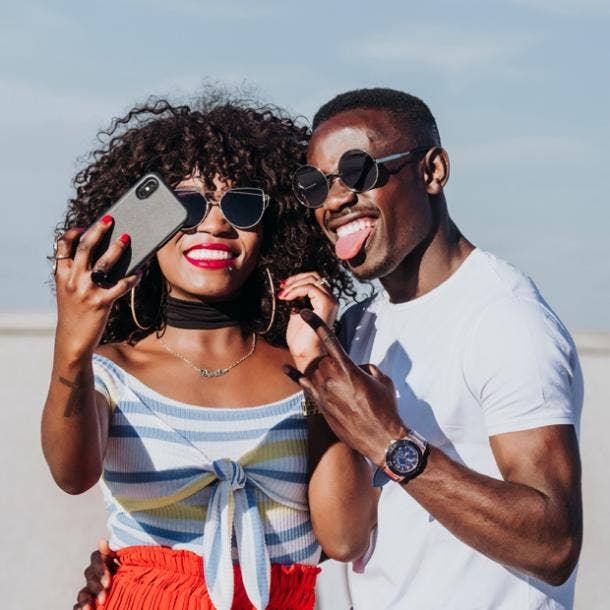 “I normally know three weeks in at the latest if I could see myself in a relationship with someone. If I can’t picture it by then I break it off. That said, most people take longer than that to decide, so I wait to bring it up once I’m sure.”

“I feel like, after 3-4 dates, I either know whether I like you or not. I’m not into dragging stuff out and I won’t ‘date’ someone who needs several months to make up their mind.”

How do you start the boyfriend and girlfriend conversation?

When you talk about exclusivity (unless you’re into an open relationship), discuss what this step means to both of you. What does it mean to be boyfriend and girlfriend? Does this mean you’re automatically exclusive?

It depends on the relationship, of course, so both partners need to be on the same page with what the relationship will look like. You can’t ignore each other for a few days and then reach out for a date; rather, you need to decide if you value spending more time with each other since a relationship means you’ll be doing just that.

Will you be having sleepovers at each other’s houses? Are you moving in? Are you just slapping the label on? Being boyfriend and girlfriend is very different than being friends having a good time. Things may become more serious because you’re building a relationship together, not just having fun.

Your walls should come down. Things may take more work. Bigger conversations may happen.

One way to have this conversation is to not think of it as one single daunting talk, but multiple conversations. In each conversation, ask a question like, “Are you open to the possibility of a relationship?” This can be phrased to be hypothetical to get a sense of what the other person is looking for.

RELATED: When And How To Have ‘The Talk’ About Marriage

Rebecca Jane Stokes is a writer and the Senior Editor of Pop Culture at Newsweek with a passion for lifestyle, geek news, and true crime.

8 Things Guys Do If You’re Just A Fling

Blast From The Past illustrated story by Paro Gide