Home Pleasures Appetite How To Win A Man’s Heart (And 6 Ways To Keep Him...


When it comes to getting a man to commit to a relationship, many women can’t seem to crack the code and unlock the mysterious secret of how to win a man’s heart and make him want you not only now, but throughout what you hope will be the rest of your lives together.

When we get fed lies like “the way to win a man’s heart is through his stomach” (i.e., you cook well), no wonder we get it wrong so many times!

As most of us have noticed, there are generally two types of men when it comes to their romantic relationships with women.

Behind curtain number one is the type of guy who is absolutely smitten with his girlfriend. He puts her on a pedestal, treats her like a queen, and places her happiness above his own.

Behind curtain number two is the type of guy who’s labeled a commitment-phobe. He doesn’t appear to enjoy being in a relationship, acting as if any commitment he makes is of the involuntary kind.

RELATED: 27 Men Describe The #1 Thing A Woman Did That Made Them Fall Deeply In Love

But while most women think that the second type of guy is in the majority, statistics say otherwise. In fact, the most recent Singles In America study from the people at Match Group found that 63 percent of Millennials “want to find romantic love,” 70 percent of Gen Z individuals are “motivated to find a long-term companion,” and “only 11 percent of Gen Z and Millennials date casually.”

So, if a long-term romantic love life is what most of us say we want, how can you get the guy you’re dating to not only fall in love with you, but make him want you enough to make a real commitment?

Basically, keeping a guy interested in sticking with you for the long-term comes down to how a man views commitment, in general. 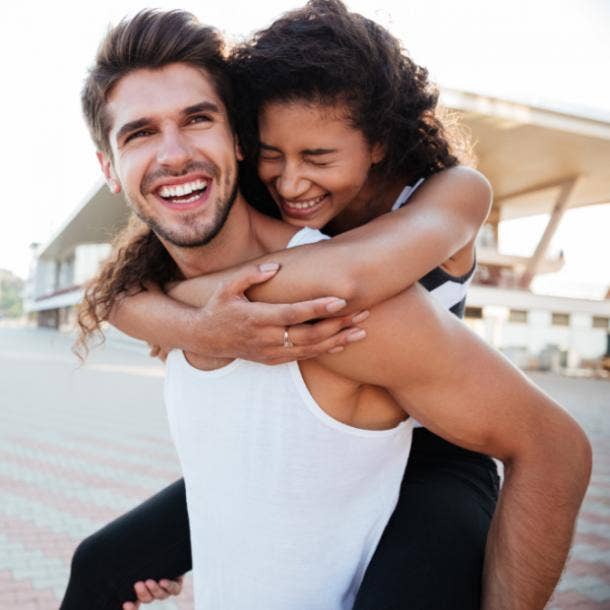 To lots of guys, it’s like cracking a combination lock; if the numbers don’t line up, he’ll be emotionally distant and unavailable rather than all in. He might even come up with several one-liner excuses that women undoubtedly find frustrating, such as, “I need to focus on my career,” “I just need space,” or, “I’m just not ready for a relationship right now.”

You may find this surprising, but these one-liners aren’t lies. He really believes what he’s saying because the “numbers” that unlock his commitment code aren’t lining up in the way he needs them to.

The truth is, when he finally comes across that one woman who creates the right sequence to unlock his commitment combination, he’ll feel compelled to hang onto her. He’ll commit to a long-term relationship because he won’t want to risk losing her.

Now that you know commitment isn’t some sort of man allergy, what you have to do is learn how to crack his commitment code. That’s easier said than done, of course, considering the average man isn’t great at communicating his emotional needs, but that’s where these dating tips come in.

Disclosure: winning a man’s heart is subjective to each man, not all tips will work on every man.

Here are 6 ways to win a man’s heart and make him yours.

1. Show him how much you want him.

The way to win a stubborn man’s heart is also one of the keys to making him happy. And it plays into his basic, animalistic desire.

In the pit of his stomach, he needs to want you, long for you, yearn for you. He needs to miss you when you’re not around, and he needs to feel a pang of lust when he hasn’t seen you for some time.

This desire is created through the play of opposites. He’ll crave you and then he catches you; he’ll miss you and then falls into you; he’ll lust for you and then you’ll surrender to him. It’s the creating and the release of tension over and over again.

The way you create this tension is through your sexuality — tease him and then give in, playfully run from him and then allow him to capture you, add levity and spontaneity to his life, give him lustful stares and then leave the room, send him sexy notes during the day, grab him and kiss him unexpectedly.

Respect is a cardinal virtue; it is the foundation of any relationship that endures and stands the test of time. Respect can help re-ignite a relationship long after the flame of love and lust has sputtered. Many men marry the woman who respects him, even over the woman who loves him.

Men may sleep with, talk to, and care about the woman they love (and lust), but often love only isn’t all they need. A lot of this has to do with the term “I love you.” To a man and a woman, this term can have different meanings. A man may interpret it as “don’t hurt me” or even “you’re trapped.” Men see the love from a woman as more of a commodity than something novel.

Of course, the words make him feel good when he hears them, but they don’t sing to his soul. Men have crippling inadequacies they silently battle their entire lives.

So, figure out why you respect your man. What are you proud of him for? What can you acknowledge him for? How can you make him feel good about himself? Then, tell him. Don’t tell him merely that you love him, tell him why you love him.

Another way to express your respect is to apologize when you’ve made a mistake or said something wrong. You (and he) must make the relationship more important than individual egos.

When he knows you respect his character, he will let you in deeper, exposing other tender parts of his soul where he needs healing and support. 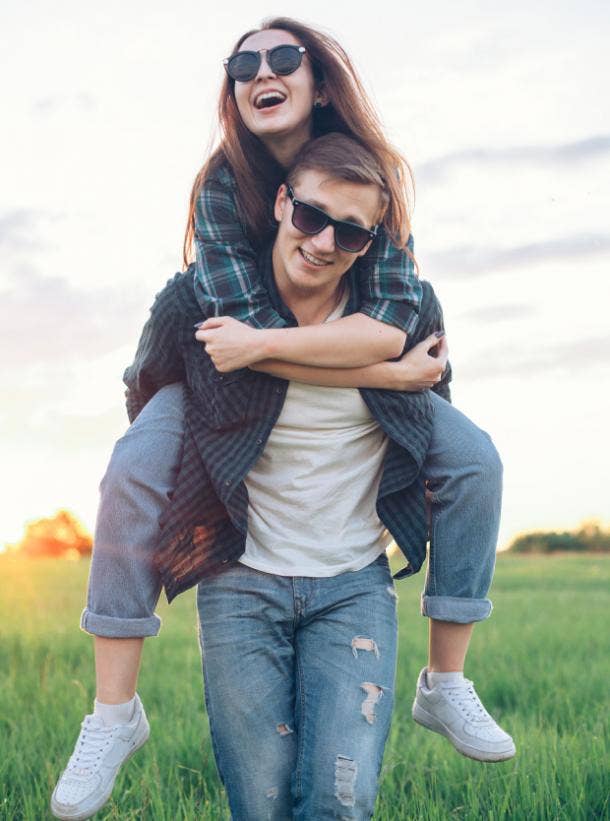 3. Create a safe place for him.

The third thing to keep in mind when learning how to win a man’s heart is his emotional health. He needs to feel emotionally safe. By surrendering your anger, bitterness, or any resentment you have toward him, you give him safe passage to be vulnerable. He feels free to be himself with you.

This happens by you placing your trust in him. And then, he’ll feel like he can trust you. You both allow yourself to be vulnerable and that helps a relationship work. But for this vulnerability to take off, women typically must be the initiators. Men are looking for someone to lead them into the vulnerable abyss.

It is a woman’s courage to open up and let down her guard that inspires men to lay down their psychological shields and relax.

In a nutshell, it really comes down to having a strong sense of your own values — knowing what is important to you and standing by it. This creates the challenge that strengthens the relationship.

Another element of this challenge is being able to confront a man when you feel like those values are compromised. This may require you confronting him when you think he owes you an apology, rather than letting it fall by the wayside.

When you can confront him, he’ll find you incredibly attractive. Even if his first reaction is anger, the fact that you can stand up to him will change the way he looks at you. It will challenge him to be a better man.

The next step in winning a man is just old-fashioned excitement. He needs to feel awe and wonder when he thinks about you. Even acting a little crazy is a good thing; crazy, not insane — skinny-dipping in the ocean is good, but faking your own kidnapping because he’s been working too late is not.

All too often, women are taught to feel bad about being emotional, feeling crazy, and acting unpredictably. But these feminine qualities are actually attractive to men, so don’t be afraid to let your weirdo out.

Embrace your femininity and allow it to enliven your relationship. This can help a man fall deeper and deeper in love with you. When you embody your instinctual feminine nature, you create the space for him to say things like, “There is just something about her that I love.”

6. Encourage and support his purpose.

Much like challenge, good men need to have a life purpose. Men need a mission in life, whether that’s to be the best husband ever or to become the highest position in their career field.

Support his work ethic. Encourage him to get back into hobbies he gave up, or to find an undiscovered passion he has.

To win his heart, stand up to other people when they look down on him or try to lower his self-worth. Brag about how awesome he is at his passion to others. The way to a man’s heart is to support what his heart wants. 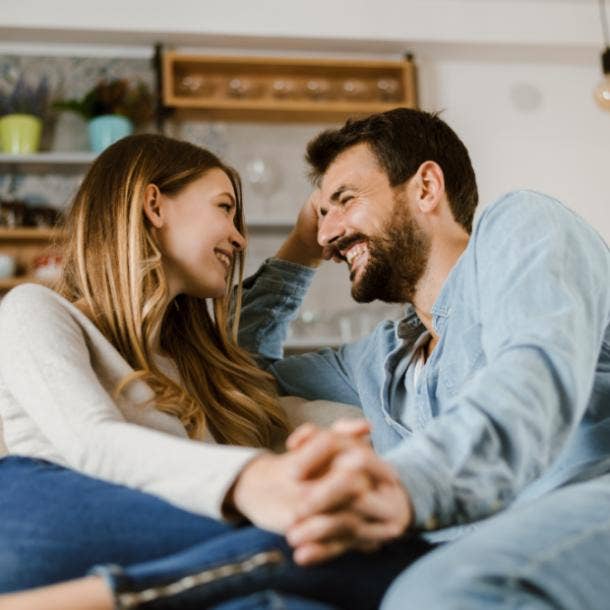 Summing up the codes is simple. These six additional tips will help you understand how to keep a guy interested as time goes by:

1. Look for areas where you can be more sexual, playful, and teasing.

2. Find ways to acknowledge him for things he does that may go unnoticed.

3. Be proud of him for something that matters.

4. Trust yourself that you are strong enough to let down your guard around him because when you do, the two of you can be real with one another.

5. Challenge yourself by standing by your values in life.

Let it out, be crazy, be dramatic and have fun. Own it. He’ll love you more for it.

RELATED: 5 Ways To Make Men Insanely Attracted To You (As Written By A Man)

Clayton Olson is an International Relationship Coach, Master NLP Practitioner, and Facilitator who delivers private virtual coaching sessions and leads online group workshops. Register for his free webinar that reveals the 3 Keys to Attracting and Keeping a High-Quality Man or grab his free guide, 8 Secrets To Create A Rock Solid Relationship.

Where You’ll Meet The Love Of Your Life, Based On Your Love Language

Abandoned ‘sex hut’ found in British woods – and it has a very X-rated...

‘I shut my boyfriend in cupboard and let him watch me having sex with...